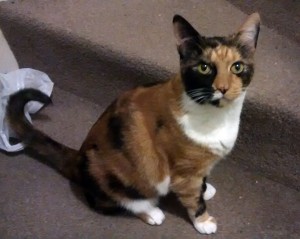 This morning all three were combined in a way I had not authorised!

Herm put paste on the finger brush and rubbed my teeth with it!

I miaowed twice in protest at this ignominy, but then Herm stopped and said Finished, so I calmed down because I know that that word means undignified procedures have stopped. Then Herm showed me the brush again and I got a treat twice for sniffing at it and being unconcerned because Finished had already happened. Then I got my breakfast at last!

These goings-on are very confusing and it was mysterious how well the whole thing went. It’s lucky I’m an exceptionally clever cat and already knew about tooth-feeling and paste and the brush, or I would have been distressed and blood would have spilled. It was also lucky that I was still waiting for breakfast, so was in a forgiving mood. It was also good that I got Dreamies because I love Dreamies so so much.

Don’t you think I’m so clever at training my human to give me treats? 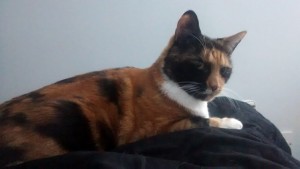 P.S. This all happened because some nurse (who was clearly a fraud because she put WET IN MY EARS) said I had gingervitis. Even though I am a tortie. Herm says I must have caught it from my common ginger daddy and not my tortie mummy. Anyway, the nurse said an adult cat probably wouldn’t tolerate tooth-brushing. Hah! She underestimated my ability to know all about things and be given treats! Herm is lucky to have me to train em about these things. 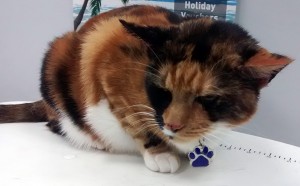 Here I am after suffering the immense indignity. WET was brutally forced into my ears and then cotton buds scraped them to death. I barely survived.

Worlds Built Cheap
View all posts by Herm →
This entry was posted in animals, cats. Bookmark the permalink.